Growing pains in SMEs and the benefits of a VCFO

John (not his real name), a very proud owner of a concreting / formwork business that he’d grown from scratch was frustrated and annoyed.
As his SME business grew, things had become more complicated because there were more moving parts (staff, stakeholders, products and footprint).
Whereas once John did everything (quotes, site work, invoicing, paying for materials) he now had over 50 staff, including site supervisors and admin people in the office.
Things should have been getting more comfortable. Except they weren’t. John was often stuck in the office late at night, having a crisis meeting after a crisis meeting with his team.
The job reports were showing that the projects were losing money. At a time when John should have been focusing on his clients and looking for opportunities, leveraging his relationships and hard-fought reputation to grow the business more, he was continually getting sucked into internal problems.
John would often go home exhausted and worried. He was so stressed out that he was waking during the night and staring at the ceiling looking for answers. The oddest thing, John said, was that eventually most of the jobs would eventually come back into profit and overall the business was making a decent return.
Some months there would be huge profits, but those were often followed by months of losses. The unreliability and unpredictability John said, was even stopping him from taking on more work.
His deepest fear was that he would ‘bite off more than he could chew’ because the projects he was now winning were more significant and prominent. So, ‘getting it wrong’ in a financial sense would have sent his business to the brink and been devastating for his family.
John turned to his Tax Accountant, who has long been his trusted advisor, asking for help. Luckily for John, his accountant told him that while they were great at setting up clever, but legal, structures to minimise his tax and protect his assets, the internal financial management of the business wasn’t something they did particularly well, or felt they were geared to handle.

Help is on it’s way

His accountant recommended that John meets with an ex-CFO who was running an outsourced Virtual CFO (otherwise called outsourced CFO or VCFO) business. John asked “Why do I need a CFO? What does a virtual CFO do for an SME?”
The Tax Accountant replied “Because your business has reached a critical point of growth, where you can no longer manage without access to high-level commercial expertise. VCFO’s have that in abundance. Larger companies just can’t survive without a CFO, but you haven’t yet reached the scale to be able to justify the investment in a full-time internal CFO.”
He went on, “It’s a catch 22, the team you have can’t keep up with the bouncing ball, but you can’t afford to employ an expensive CFO. A Virtual CFO solves that problem because your SME can access the expertise on an as-needs basis.”
John then asked, “how much would a virtual CFO cost?”
“Well, you only pay for it when you need it, so it works out to be a fraction of the cost of a full-time CFO and much better value.” His accountant went on to explain
John then asked, “what does a Virtual CFO do?”
“They manage the finances across all aspects of your business, as well as spanning the past present and future”, was the reply by the Tax Accountant.
He told John, “reliability and predictability are essential to both evaluate how your strategy is working currently, as well as having visibility of what lays ahead and the lead time to adjust if required. Planning becomes even more critical, as does strategic decision making.”
John agreed to meet with the Virtual CFO and the next week the accountant drove the VCFO to his client’s premises. In the meeting the VCFO listened as John ran through the problems that were outlined earlier. John, proud of his homegrown systems, was keen to impress the VCFO with the controls they had put in place to manage projects and started throwing spreadsheet after spreadsheet down onto the meeting table. He was frustrated and seemed to be hoping for validation that they were doing things the right way.
But it didn’t take the VCFO long to home in on the problem.

John listened intently as the VCFO explained, “you’ve gone to a lot of trouble in breaking down the costs into stages, then further into labour, materials, sub-contractors etc., but you haven’t spread these over a timeline. Your reports tell you how much you have spent at a point in time, but to work out what you planned to spend, you are just averaging by the number of weeks. Projects don’t work like that; they have a ‘shape’. Some start slowly and ramp-up, others begin with a bang and peter out. Rarely do they follow an even straight line. The only way to truly measure profitability with projects is to adopt EVA or Earned Value Analysis.“
The VCFO even drew a simple chart to illustrate the point. It was a revelation. John looked at his co-director sitting opposite, and you could see the lightbulb go off while at the same time, the penny dropped. After years of frustration, they could now see clearly where their main problem lay. It wasn’t anything to do with site management or staff; it was merely due to the timing of the finances. The reports were misleading, and they were going down rabbit holes looking for things that didn’t exist.
“That’s the difference in getting an industry specialist VCFO”, said the tax Accountant.
The specialist skillset, such as that offered by a VCFO, can only be obtained from years of training and experience that goes well beyond bookkeeping and traditional compliance accounting. The difference between Virtual CFO’s and traditional accountants, and the difference between Virtual CFO’s and bookkeepers, is that besides being fully qualified CA’s and CPA’s, Virtual CFOs have many years of industry experience. That means they can communicate within and across organisations, speaking the same language, avoiding typical accounting jargon. They are team players because their reputation and success align with the organisations that they serve.
The first step for any growing SME is to recognise they have reached this point – then they need to find help, just as John did. These businesses tend to have a much higher prospect of being successful.
The business owner needs to surround themselves with the right people with the right skills because the ramifications of getting it wrong can have a devastating effect.
Virtual CFO’s will embed the solid commercial foundations needed to manage the business properly. Without a holistic package of Strategy, Budgeting, Reporting, Forecasting and Cashflow Management, the company will bounce from issue to issue out of control, flying by the seat of its pants.
VCFO’s communicate and act as a conduit between the many stakeholders and the owners. Virtual CFOs give the owners a credible sounding board for their ideas as they seek to seize growth opportunities, before they engage with external stakeholders, like shareholders, banks and lenders. Virtual CFO’s are a considerable asset when raising capital because they give those stakeholders confidence knowing the VCFO, who is an independent financial professional with integrity (CA or CPA) has done a prior sense check. A VCFO also creates a buffer between the owner getting dragged into financial matters which distract them from focusing on their business. 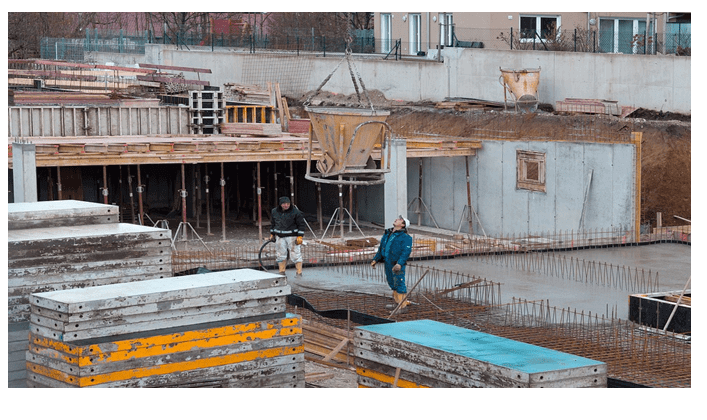